The countdown to the CRL World Finals is on! Mark your calendars to witness a new champion being crowned LIVE on December 7, 2019 at 12 PM PST at the Shrine Expo Hall in Los Angeles, California.

Out of 32 Clash Royale League teams across the Asia, China, and West regions - the best six teams will only have ONE DAY to prove who deserves the top CRL prize.

Meet the six teams representing the three Clash Royale League regions from around the world!

SK Gaming ran over all the competition in the CRL West region and nearly went undefeated all season. After dominating the West with 11 wins and just a single loss, SK Gaming is determined to let nothing stop them on their way to a World title. With a star-studded roster featuring Javi14, Morten, Xopxsam, and SergioRamos, it’d take a miracle (or very good & extensive training!) to knock SKG out of the World Finals.

Keep an eye on star player Morten - he ranked third in overall win rate in CRL West and lost just once in 10 1v1 matches!

Want to see him in action? Watch him clinch the CRL West championship with a super quick cycle deck here.

Never. Count. Team Liquid. Out. It wasn’t looking good for them early in the CRL West fall season as they suffered some surprising losses. BUT, they regrouped, made some adjustments, and came roaring back with a second place finish to prove they deserve a place in the CRL World Finals. KaNaRiOoo, Surgical Goblin, and DiegoB all played in every match to form the most consistent lineup in CRL - and yes, they only played with 3 players on their team!

Their MVP is arguably KaNaRiOoo (which is a tough call when your team is all MVPs). He played the most games in CRL West by far, playing in every 2v2 set during the fall season and always led off in King of the Hill. He won a whopping total of 52 crowns -14 more than the next closest player (teammate DiegoB)!

Watch him partner with DiegoB in a crucial 2v2 set defeating Team Queso and earning Team Liquid a spot in the CRL World Finals!

This Japanese powerhouse will be making their first appearance in the CRL World Finals! Every team was put on notice when Fav Gaming posted the highest win rate in CRL Asia by a HUGE margin. They were also the only team to win over 70% of their sets in the fall season.

Star duo Kentsumeshi and Kitassyan form a dominating pair in 2v2. And when it comes time to play 1v1 - all eyes are on Jack. He is well known as a quick cycle deck player, but he has continuously elevated his gameplay in CRL Asia to topple his competition. Jack’s challenge in Los Angeles will be proving how well he can play when he faces off with other superstars like Surgical Goblin and Lciop.

Fav Gaming may be new to the CRL World Finals, but don’t miss a moment from this squad as they travel over the Pacific to prove they want the World Finals Championship title more than anyone! 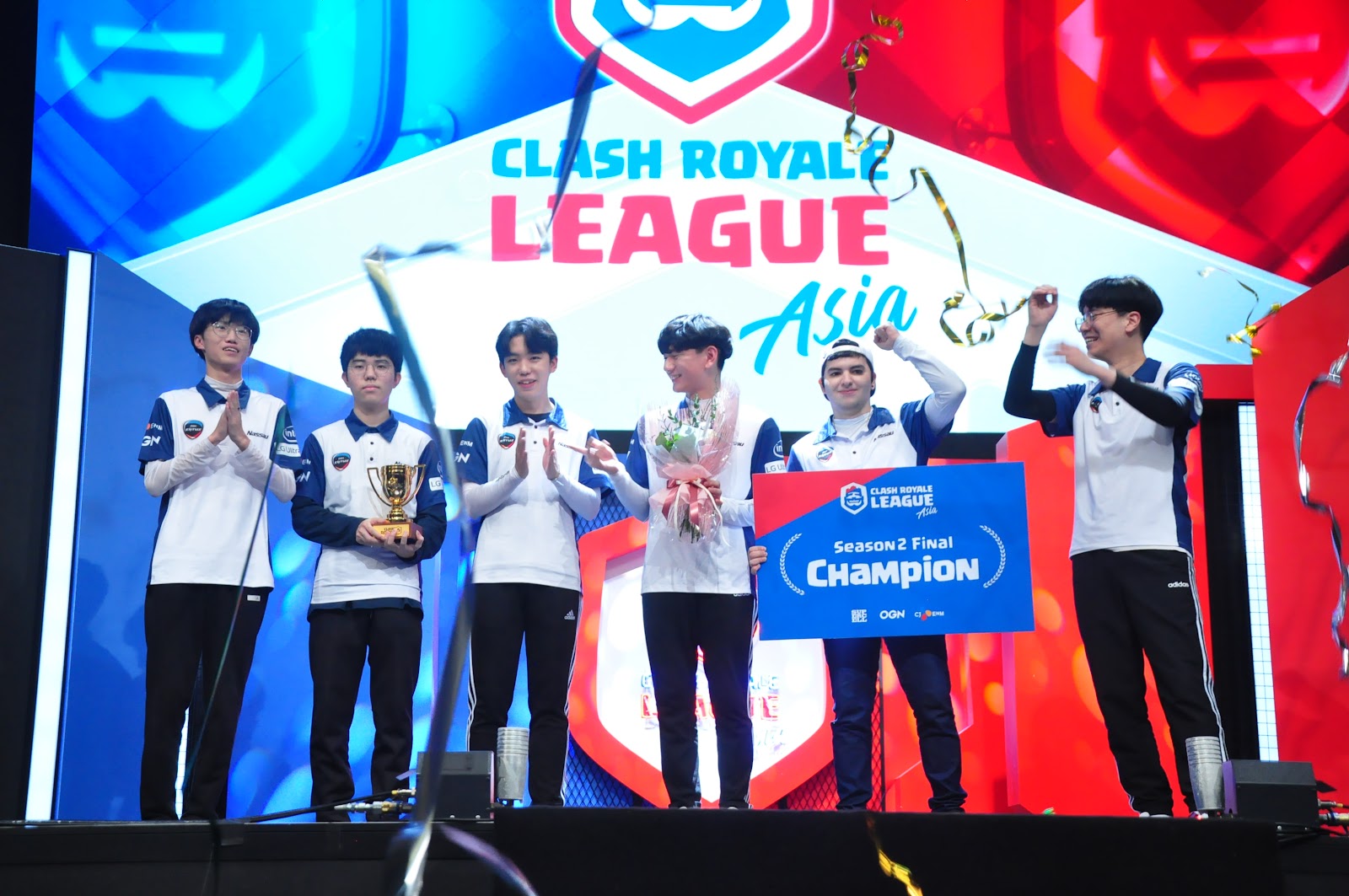 After a disappointing spring season where they finished below a 50% win rate, they came back in the fall determined to take out all competition blocking their path to the World Finals. They accomplished 2 HUGE things that seemed impossible. First, they tied for the top record in the regular season in CRL Asia. Then to top that off, they defeated last year’s world finalist PONOS and the top seeded KIX Team from the opposite group to earn a ticket to Los Angeles!

Led by 1v1 star TNT and the 2v2 pair of Thunder and OneCrown, other teams would be wise to not underestimate OGN Entus. They may fly under the radar at times, but this fall season proved that you should never let OGN Entus out of your sight.

Nova Esports is your returning champion AND the best Clash Royale team in history - no other team can match their long list of accomplishments. In 2018 they won both the spring and fall seasons in CRL China before winning the 2018 Clash Royale World Finals in Tokyo. This year, they picked up right where they left off with another league title in the spring.

But fall 2019 wasn’t an easy time for Nova. They surprised everyone by struggling in the season - finishing in fourth place and barely clinching the last spot in the playoffs. There, Nova kicked into gear and proved their championship caliber by beating both LGD Gaming and W.EDGM. These wins earned Nova a spot in yet another CRL World Finals.

Don’t forget to watch out for star player Lciop! He is well-known as one of the best players in the world. He was named MVP twice in a row last year in CRL China and was the 2nd runner up in the Asian Games. Watch Lciop sweep three players in a row against LGD in the playoffs! He’s known for his P.E.K.K.A Bridge Spam and Hog-Rider Earthquake decks, and was the man who clinched the 2018 CRL World Finals crown against Javi14. A rematch of these two star players would be an epic event! 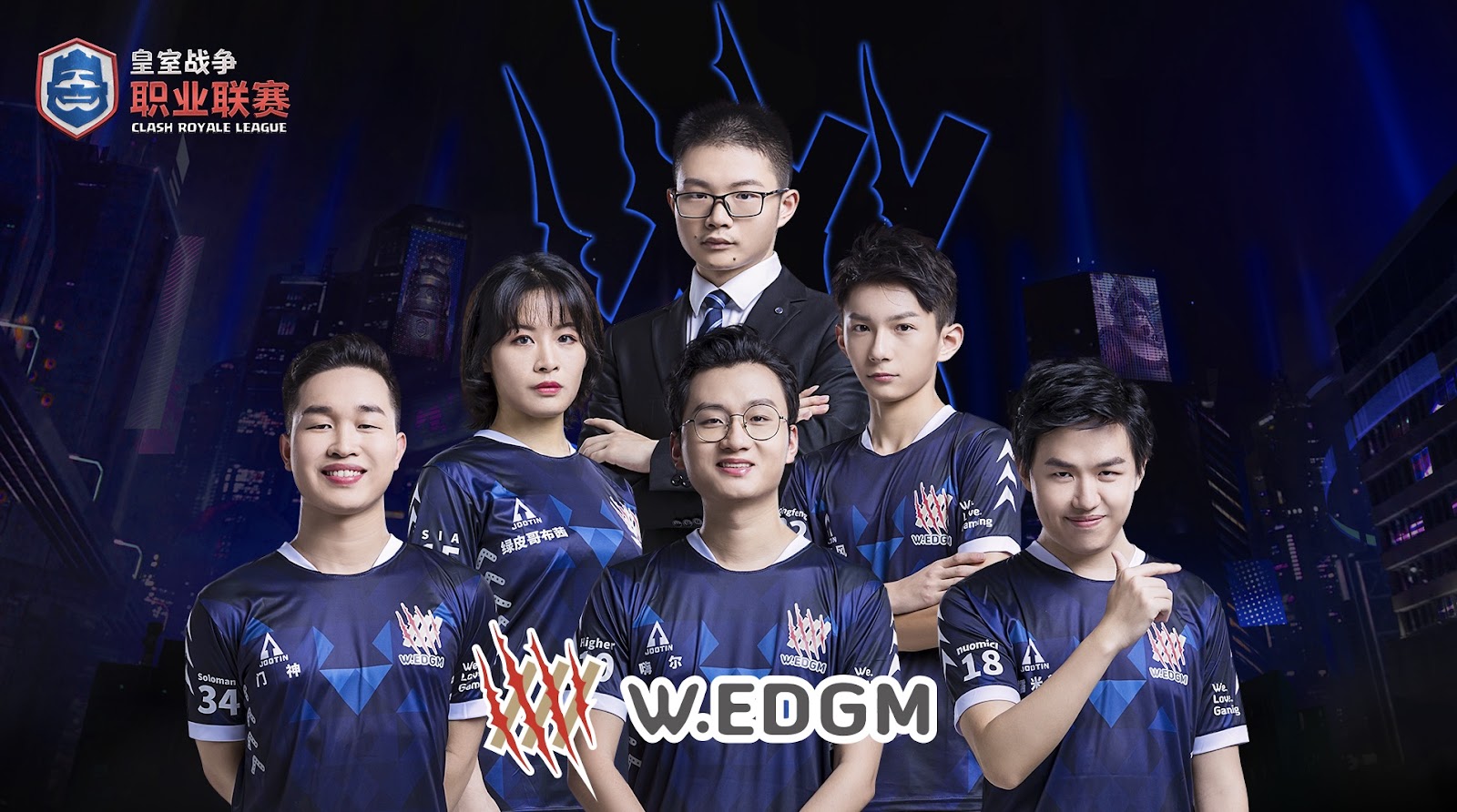 After failing to qualify for last year’s World Finals, W.EDGM wasn’t about to be left out again. They were the top ranked team throughout the regular season where they won a record 12 matches - so it was a huge shock when they had to go through the losers’ bracket to fight for a coveted spot at the 2019 World Finals.They have a STACKED roster featuring Soloman, Nuomici, and 1v1 ace Higher. Higher is considered the best Miner player in China, and surpassed Lciop as MVP in CRL China.

See you in Los Angeles!
The Clash Royale Team

How To Watch The Clash Royale World Finals!

Together in One Place